Home About Meet Our Team 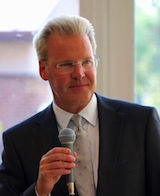 Mr. DiBona founded MemCare and The Memory Center in 2006.  He has been involved in all aspects of the company’s creation including site selection, design, construction, and corporate vision.  He currently focuses on the daily management of both Memory Center locations and is committed to ensuring they provide the best possible care and quality of life to all residents and their family members.  Prior to founding The Memory Center, Mr. DiBona focused on a multitude of investments in real estate, venture capital and equities.  He was the founding partner of Coastal Capital Partners, a real estate investment fund which purchased over $100 million of assets throughout the Southeast.  He formerly served as partner of CB Richard Ellis of Virginia, Inc. and has over 20 years experience in investing that has resulted in over $500 million of transactions with institutional and private equity partners.

“Everyone will be touched by this disease and we want to be on the forefront.” – Kevin DiBona 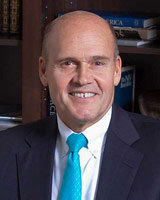 Mr. Hirschbiel has had a long and successful career in private equity investing. Mr. Hirschbiel co-founded one of the first venture capital firms in New York City in the early 1980s and spent nearly two decades successfully investing in a broad array of growth companies, including several in the healthcare services industry. Mr. Hirschbiel also founded Envest Ventures, one of the first professionally managed venture firms in Hampton Roads. Mr. Hirschbiel was an original investor in the first Memory Center in Virginia Beach and officially joined the management team in January 2013 to help implement expansion plans.

Beginning on Wednesday, March 9th, we will be opening up the building with no COVID restrictions.