Ms. Stover graduated from Washington State University in 1999 with a Bachelor’s of Science degree in Nursing.

She previously worked in ICU and has over 14 years experience working in the psychiatric and dementia field.   She has served in both hospitals, psychiatric and home health settings.  Sandy joined The Memory Center, Virginia Beach in March of 2014 and has provided home health nursing since The Memory Center’s inception in 2009.  Contact Sandy Stover 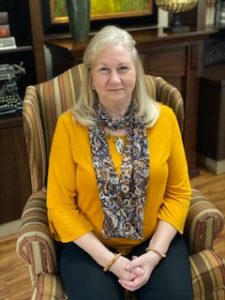 Roberta joined The Memory Center in January 2020. She has over thirty years of experience in the healthcare field and has worked in both the Admissions/Marketing and the Business Office Departments in Nursing Homes, Continuing Care Retirement Communities and Assisted Livings. Her passion is working with the geriatric population and individuals living with Dementia.

Roberta holds a Bachelor of Science Degree in Business Management with a minor in Journalism. Originally from Long Island New York, Roberta relocated to Virginia Beach in 1987. She enjoys writing, her two poodles and interior decorating. 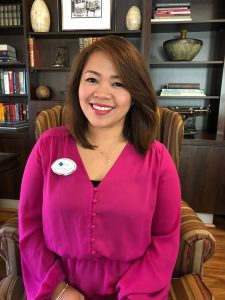 Audrey has been a Licensed Practical Nurse for nine years, specializing in geriatrics. She joined The Memory Center in 2012 as a Charge Nurse, and she was promoted to Assistant Director of Nursing in 2018. Her passion for caring for people is easy to recognize as soon as you meet her.

Audrey and her husband have three daughters. She enjoys spending time outdoors, doing arts and crafts with her children, and traveling. She moved from the Philippines when she was 13 and has since traveled to France, Japan, and Iceland. 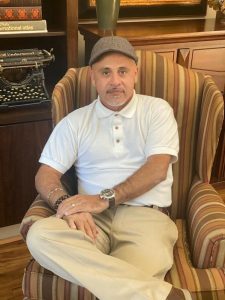 Gilbert Martinez is the newest member of our Management Team. Gil comes with many years of
experience. He has been a business owner since 2003 and maintains his Contracting and Home
Inspector Licenses.

Born and raised in New York Gil and his wife and three sons moved to Virginia Beach
in 1996. His hobbies include fishing and spending time with his family especially with his six
grandchildren.

Gil took care of his Father and Mother who were diagnosed with Dementia and is
passionate about caring for the elderly. 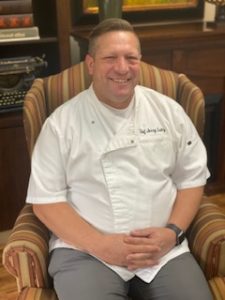 Executive Chef Jerry Lutz joined The memory Center in 2019; as the Executive Chef, he oversees the daily operations of the kitchen and ensures that the best quality food throughout The Memory Center.
Chef Jerry has an extensive culinary background; and is a graduate of the Art Institute of Virginia Beach, finishing all three degrees with honors.
His Culinary path have include The Westin Virginia Beach in town center, Westminster Canterbury, as a Sous Chef.
Chef Jerry enjoys Ice Hockey, Fishing, and Crabbing; teaching his two boys how to expand their culinary knowledge, and spending time with his Wife.

See What Families Are Saying About TMC

The Memory Center Virginia Beach would like to thank our very generous and thoughtful families and friends for the many goodies dropped off for our staff to enjoy. We have...

The Memory Center Response To Covid-19