Home All News How Dementia Affects the Younger Population

Dementia is any condition that includes degeneration of the brain tissue. It can impair neurological functions such as reasoning, memory and communication. The symptoms of dementia also include emotional characteristics such as behavior, mood and personality. Each case of dementia is unique due to the brain’s complexity, especially its condition.

Most people consider dementia to be the inflection of old age as it generally becomes more likely as we get older. However, a significant number of dementia patients are also younger. Young onset dementia (YOD) is any type of dementia that affects someone under 65 years of age.

The significance of this age is primarily social, rather than biological because it’s the traditional age of retirement. Social changes during the past few decades have largely erased this distinction, making a designation of YOD generally irrelevant to treatment.

Specific types of YOD include the following: 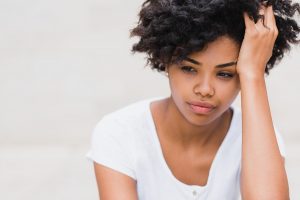 Alzheimer’s disease has long been associated with old age, but it’s also the most common form of YOD. About one third of all YOD cases are caused by Alzheimer’s disease, especially among patients with a family history of it. People with learning disabilities such as Down’s syndrome are also more likely to develop YOD as a result of Alzheimer’s disease.

Alzheimer’s disease is caused by plaques and tangles of protein, which result in the death of brain cells. It’s a progressive condition that typically begins with memory difficulties such as forgetting the right words to use in a particular context.

Later stages of this condition are marked by confusion and mood swings, especially anger and frustration due to the patient’s increasing challenges.

Vascular dementia is also known by other names such as multi-infarct dementia (MID) and vascular cognitive impairment (DCI). It comprises about 20 percent of YOD cases, making it the second most common form of dementia in young people.

Vascular dementia is characterized by a poor blood supply to the brain, typically as a result of minor strokes. The interaction of various cerebrovascular diseases can also lead to vascular dementia, especially in the presence of risk factors such as age, hypertension and smoking.

A diagnosis of vascular dementia largely depends on the timing between a stroke and the loss of cognitive function. Vascular dementia is typically progressive, although it may stabilize for significant periods of time before declining further.

Frontotemporal dementia (FTP) is a broad term that describes any form of dementia caused by damage to the frontal and temporal lobes of the brain, including the condition formerly known as Pick’s disease.

The frontal lobes control behavior, emotions and personality, while the temporal lobes are responsible for language. About 12 percent of all YOD cases are due to FTD, and these patients are most often between the ages of 45 and 65. A family history of FTD is present in about 40 percent of FTD cases.

The symptoms are highly dependent on the specific areas of the lobes that are affected, but behavioral changes in FTD patients include greater aggression, the loss of inhibitions and obsessive-compulsive behavior. Clinicians often classify FTD into subtypes based on the most prominent symptoms, which include behavioral variant (bvFTD) and corticobasal degeneration (CBD).

Wernicke-Korsakoff syndrome accounts for about 10 percent of YOD cases and is caused by a deficiency of vitamin B1, also known as thiamine. It’s associated with many conditions that deplete the body’s supply of vitamin B1, especially excessive vomiting.

A diet that’s deficient in vitamin B1 can cause this form of YOD, although this is rare in Western countries. Chronic alcohol abuse can also cause Korsakoff’s syndrome since alcohol interferes with the body’s ability to use thiamine.

The early stages of Wernicke-Korsakoff syndrome are known more specifically as Wernicke encephalopathy, which can typically be reversed by large of thiamine. Otherwise, it can develop into Korsakoff’s syndrome, which is characterized by irreversible damage.

Memory loss is the primary symptom of Wernicke-Korsakoff syndrome, which often causes the patient to invent details to fill in memory gaps. Personality changes and difficulty in acquiring new skills may also occur in advanced stages of this type of YOD.

Dementia with Lewy bodies (DLB) is characterized by the accumulation of alpha-synuclein proteins known as Lewy bodies in neurons, which accounts for about 10 percent of YOD cases.

REM sleep behavior disorder (RBD) is one of the characteristic features of DOB and may be present decades before the onset of DLB. Patients with RBD lose the muscle paralysis that normally occurs during REM sleep, allowing them to act out their dreams.

DLB also has the symptoms associated with a lack of REM sleep, including loss of alertness, difficulty walking and visual hallucinations. This form of YOD also affects the autonomic system, resulting in changes to cardiovascular and gastrointestinal functions, especially constipation. Other common symptoms of DLB include emotional problems such as apathy and depression.

Huntington’s disease (HD), also known as Huntington’s chorea, is an inherited disorder that usually develops symptoms when the patient is between 30 and 50 years of age. However, eight percent of these cases show symptoms before the age of 20, and it may develop earlier in successive generations.

HD results in the death of brain cells and typically causes symptoms similar to those of Parkinson’s disease. Slight mental or emotional problems are the most common symptoms of HD in its early stages.

These symptoms are often followed by an unsteady gait and general lack of coordination that becomes more apparent as the disease progresses. Physical abilities will eventually decline until the patient is unable to walk and talk. The loss of cognitive function will typically decline into dementia, which can occur at any stage of HD.

Read more about how Alzheimer’s affects the brain or contact us for information about programs at The Memory Center in Virginia Beach, Midlothian/Richmond, and Atlanta.